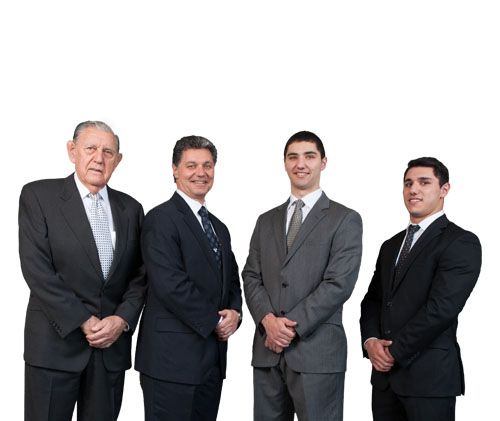 Charles Fanaras immigrated to the United States from Greece in 1923. After working at various restaurants for two years, he opened his first restaurant in Concord, NH. It was called the Boston Lunch, and was located at the corner of Bridge and North Main Street. Four years later he sold the Boston Lunch and opened the Puritan Restaurant, which was also located on North Main Street. In 1937, he moved the Puritan Restaurant to another North Main Street location and renamed it the Concord Café. In 1946 he sold the Concord Café and semi-retired. In 1948, he opened Fanaras’ Restaurant at the present location of The Prescription Center.

In 1989 Charles Fanaras, John’s son, purchased The Prescription Center and continues to operate it today. In 1991 Charles was approached by the McKerley brothers, operators of 15 nursing homes, to create a pharmacy dedicated to servicing long term care facilities. The Prescription Center had been servicing local nursing homes since 1970 and one of those facilities was the McKerley Nursing Home on Maitland Street. The partnership between Charles Fanaras and Forrest, James and Matthew McKerley formed Accumed Pharmacy which grew to servicing all of the McKerley Nursing homes as well as many others throughout New Hampshire and Vermont. Accumed was a pharmacy that took on the personality of its owners and was a forward thinking pharmacy that embraced the use of technology to improve the drug delivery systems, drug administration systems and clinical systems to the nursing homes they served. In 1995 the McKerley brothers retired and sold their nursing homes and Accumed was sold to the same company. In 2001 The Prescription Center became the first pharmacy in the State of NH to utilize robotics in the prescription filling process. This immediately increased our efficiency and allowed our Pharmacist more time to spend with our patients.

Members of the Fanaras family have been doing business at the intersection of North Main, Bridge and Centre Streets since 1925. So far three generations of the family have plied their trade on this corner. Charles has two sons, John and Michael, that are presently attending the Massachusetts College of Pharmacy (MCPHS University) in Boston. Perhaps it will be 4 generations on this corner in the near future.